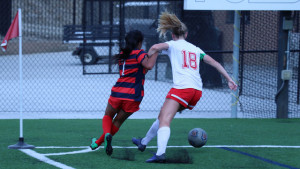 A common tidbit of sports knowledge is that it’s always tougher to get a win on the road than it is on your home field.

Road games can be tough. It’s a hostile environment; it’s usually a lengthy commute, and there’s a palpable disadvantage of being in unfamiliar surroundings when lining up against an opponent.

Because of all these factors, teams are much more likely to win at home than they are on the road. But unfortunately for the opponents of CSU-Pueblo Athletics this week, nobody told the Pack.

The Thunderwolves had their best combined week of the year so far throughout the athletics programs, as Pack sports went 6-1 over the span of Monday, Oct. 3, to Sunday, Oct. 9.

Most impressively about the teams’ impressive showings are that more than two-thirds of those wins came on the road.

So let’s break down the highlights starting with the two most dominant programs of the week, men and women’s soccer.

It was a fantastic week to be a Pack soccer fan, as both the women and men’s teams went undefeated on the week.

For the ladies, the week started off on Friday, Oct. 7, with a home matchup against Regis, where the ThunderWolves (8-3, 5-2 RMAC) edged out a 2-1 victory at the Art & Lorraine Gonzales Soccer Stadium.

The Pack was led by seniors Laikyn Koss and Mairel Hundley, who both scored goals in the first half to give the Pack a 2-0 lead.

With the help of a Pack defense that only allowed two shots on goal throughout the game, the Rangers had no response.

Following up on their win the ladies took on MSU Denver on Oct. 9, once again at home, and earned the Pack a 1-0 victory to give the team its first five-game win streak since 2007.

Rianna Lockhart’s first half goal was her second of the season and was the deciding factor of the game, aided by a three-save shutout by freshman goalkeeper Rylie Martin.

The Pack will look to extend their winning streak to six in a row on Sunday, Oct. 16, against the New Mexico Highlands Cowgirls with a 2:30 p.m. kickoff time.

The Pack women’s soccer team was not the only program to dominate the pitch this week, as the CSU-Pueblo men’s team (4-7, 2-5 RMAC) also did not suffer a loss during the last two games on their four-game road trip.

The ThunderWolves started off with a 1-0 win at Fort Lewis in Durango, in which a walk-off overtime goal by freshman Miles Sanchez clinched the victory for the Pack just one minute into OT.

The Pack had put up six shots on goal throughout the contest to no avail, setting the stage for Sanchez to be the hero with his team-leading fifth goal of the season.

After their OT win, the Pack traveled to Adams State in Alamosa, and squeezed out another 1-0 win with a late-game goal by junior Lucas Rodriguez in the 79th minute.

The 2-0 week for the Pack should be a welcome momentum change for the team, which had lost seven of its last eight games and will look to continue its current momentum on Friday, Oct. 14 against Colorado Mesa at home in Pueblo.

After beginning the season 2-3, much of the RMAC was left questioning whether the Pack’s football team was still a powerhouse in the conference.

In response, the ThunderWolves delivered a resounding statement by way of a 56-12 victory on the road against Adams State in a game highlighted by a dominant showing by junior running back Bernard McDondle.

McDondle saw a career high 276 yards on the ground, as well as four touchdowns, to give the Pack a glimpse of what it hoped to see following the graduation of his all-conference and all-franchise older brother, Cameron, last year.

The Pack dominated on both sides of the ball, totaling 645 yards on offense and scoring 56 points, while allowing just 393 yards and 12 points from the Grizzlies.

The win puts the Pack’s record at 3-3, with a 3-2 mark in the conference, as they head back to the Neta and Eddie DeRose ThunderBowl to face the Fort Lewis Skyhawks in CSU-Pueblo’s annual homecoming game on Oct. 15.

Women’s volleyball wins one, loses one, in final two games of road trip

The ThunderWolves volleyball team went 1-1 this week, beginning with a 3-0 set loss in a game against Colorado Mesa on the road in Grand Junction.

The Pack could just not seem to find any rhythm offensively, as the team finished the day with a dismal .073 hitting percentage throughout the three sets.

The Pack turned it around in a big way on Oct. 8, however, with a 3-2 victory over Western State in Gunnison, bringing the team’s record to 7-10 on the year with a 5-3 in-conference record.

The Pack’s offense got a lot more going on the offensive side of the net in this game, as the ladies brought their hitting percentage up to .219. Defensively, the Pack doubled Western State’s total number of digs with 14 compared to the Mountaineers seven.

With their four-game road trip now finished, the Pack returns home to Massari Arena, where they’ll host the Metro State University of Denver team on Friday and University of Colorado-Colorado Springs on Saturday.

Dealing with windy conditions on the course down in Amarillo, Texas, the Pack women’s golf team shot a combined 356 to earn the team a 12th place finish out of 18 teams in the annual West Texas A&M Lady Buff Invite.

The Pack was led by Courteny Ewing and Jolene Kam, who tied for 30th place with a combined score of 19-over-par.

The Pack ladies will seek a stronger finish when they wrap up their regular season at the RMAC South tournament on Monday and Tuesday, Oct. 10-11,” at the Cattails Golf Course in Alamosa. 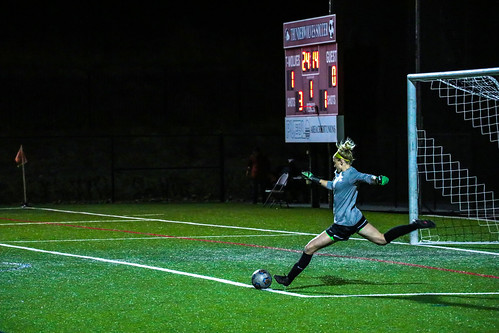 Alison Darr kicking off from the goal. 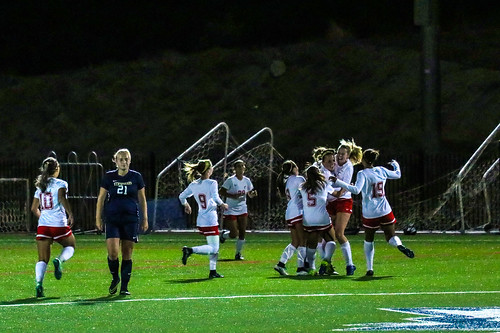 The celebrations after Laikyn Koss kicks an incredible goal from deep! 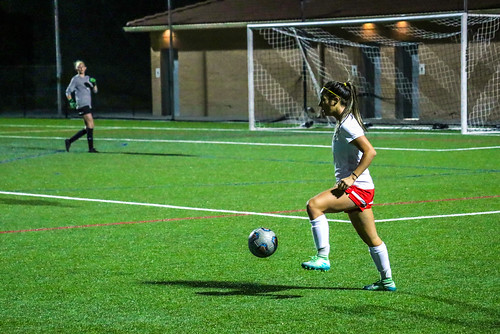 Megan Garcia preparing to push the ball up field. 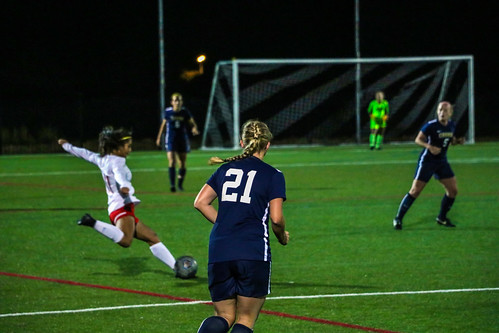 Sandra Grimaldo lining up a precise kick in attempt to set up her team mate. 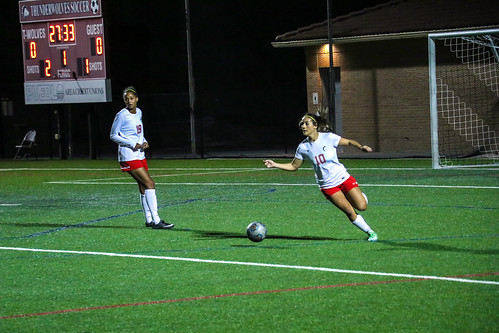 Megan Garcia explosively pushing the ball up from her goal. 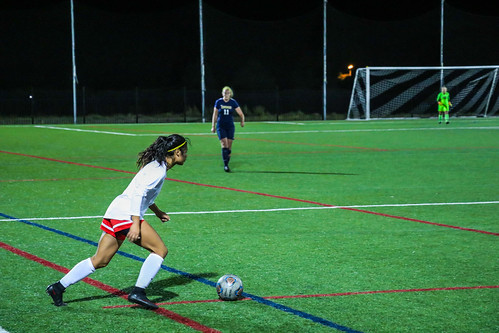 Sandra Grimaldo preparing to kick to her defender. 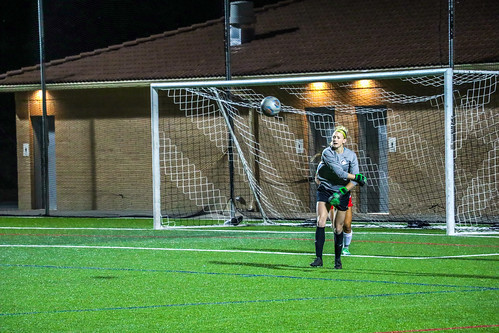 Alison Darr throwing the ball to one of her team mates. 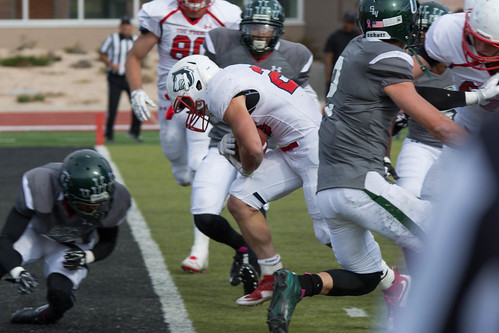 Austin Micci carries the ball in for a touchdown.

Running back Bernard McDondle on his to the endzone for one of his four touchdowns on the day. 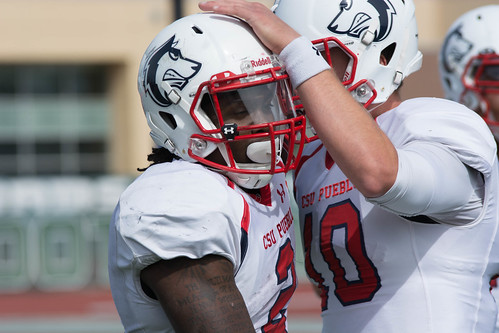 Bernard McDondle is congratulated by Rex Dausin after scoring a touchdown. 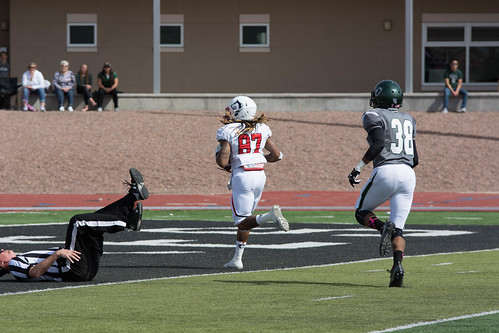 Wide receiver Daniel Wise blew past everybody including the referee on his way to a 40 yard touchdown catch. 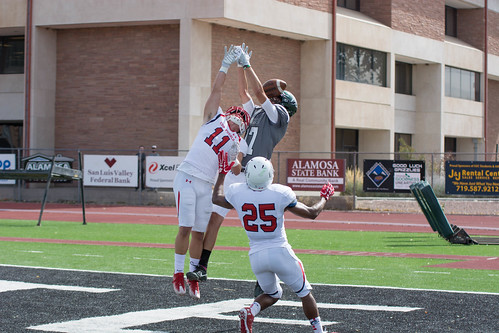 Safety, Joe Jones breaks up a pass in the endzone. 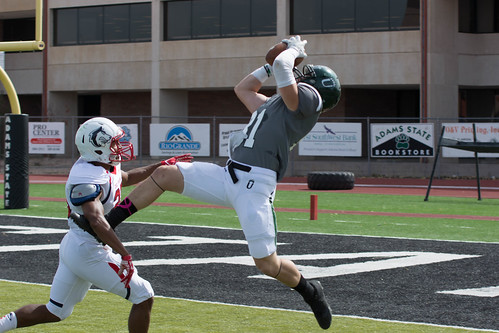 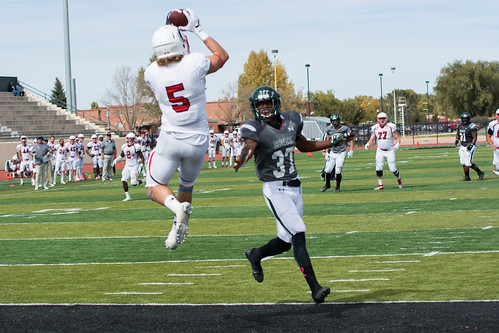 Wide receiver Cole Forsgren makes a catch for a touchdown. 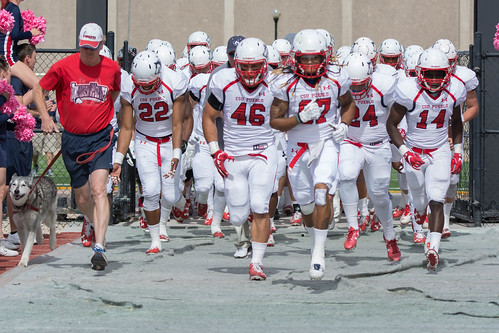 The team takes the field.