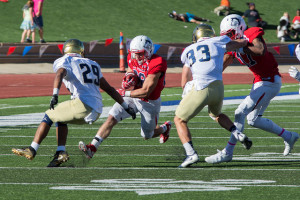 The Colorado State University-Pueblo’s ThunderWolves football team gave the homecoming crowd a show Saturday, as they defeated the Fort Lewis College Skyhawks 33-12 at the Neta and Eddie DeRose ThunderBowl.

The defense was the star of the show as the team had four sacks, 11 tackles for loss, two interceptions and two fumbles. One of those tackles for loss resulted in a safety.

The Skyhawks opened the game with a long drive for a touchdown as the defense was “trying to figure stuff out” said sophomore linebacker Brandon Payer. But after the opening drive, it was all ThunderWolves. The Skyhawks wouldn’t score again until late in the fourth quarter after another long drive.

The defense is “starting to put it all together,” said Payer, as this was another good offense by Fort Lewis as they were seventh in total offense, 404.7 yards per game, and lead the RMAC in time of possession, 33:39 per game. Senior Fort Lewis running back Drake Griffen was also fourth, in the RMAC, in rushing with 704 yards, averaging 117.3 yards per game. Sophomore quarterback Bo Coleman was also the second most efficient quarterback in the RMAC.

The Skyhawks lead in time of possession this game with 37:21 but with all that time the Pack only allowed 328 total offensive yards. Griffen was only allowed 58 yards on 16 attempts and Coleman was intercepted twice and fumbled twice.

The Pack offense was without junior running back Bernard McDondle for most of the game as he went out with an injury early in the first quarter. Even without McDondle the offense able to have success with different players and different formations. “Do our same thing but disguise it,” said ThunderWolves football head coach John Wristen.

The Pack was able to run the ball effectively as the team had 151 rushing yards, which were evenly distributed to the three running backs: redshirt-freshman Austin Micci, junior David Cardinal Jr. and senior Fradlet Dort. Micci was the leading rusher this game with 54 yards on 11 carries and a touchdown.

The passing game was also very effective as junior quarterback Rex Dausin had 174 yards passing and three touchdowns but had an interception. He was able to throw a nice deep ball to junior tight end Zach Boyd for a 47-yard pass. Boyd also had a nice game as had 92 yards receiving on three catches and a touchdown as he “took advantages of my opportunities,” said Boyd.

Senior wide receiver Daniel Wise compiled 180 all-purpose yards with 87 yards on punt returns, 68 kick return yards and 18 reception yards. He scored a touchdown on one of his two receptions.

The ThunderWolves will travel to Black Hills State University, and the game will be Oct. 22, at 1 p.m. 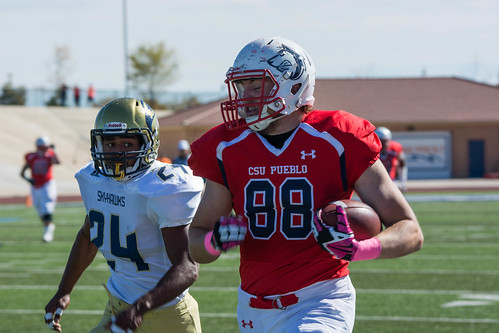 Zach Boyd makes a break down the sideline on one of his four receptions on the day. 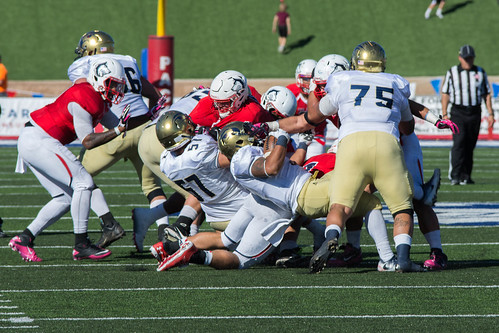 The defense makes a stop 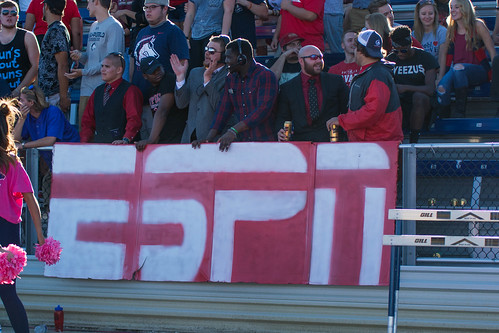 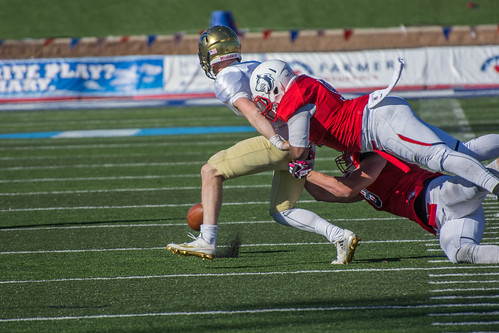 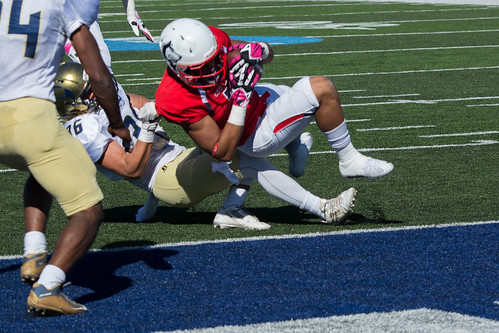 Osha Washington score on of the three receiving touchdowns on the day. 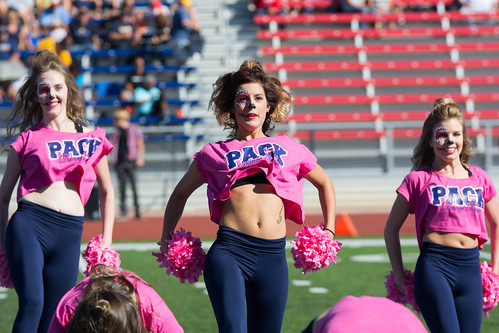 Members of the dance team perform between quarters. 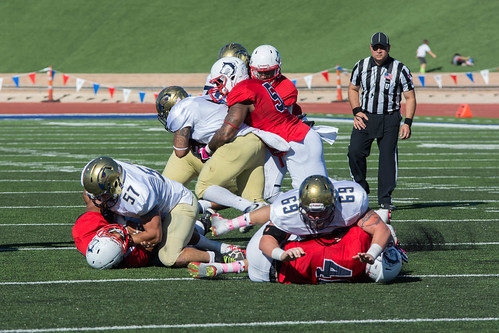 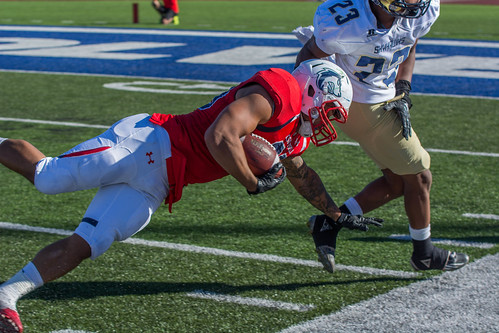 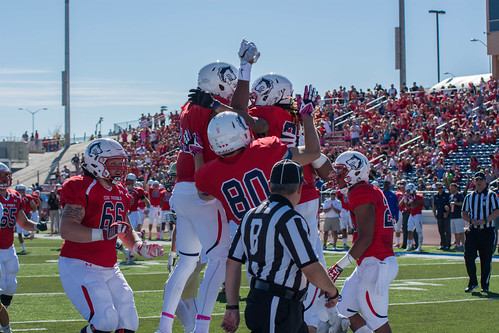 Daniel Wise celbrates his touchdown catch with some teammates 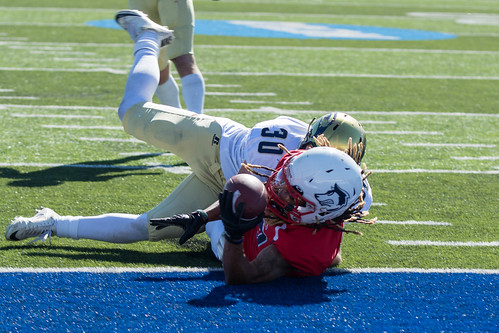 Daiel Wise crosses into the endzone for a score 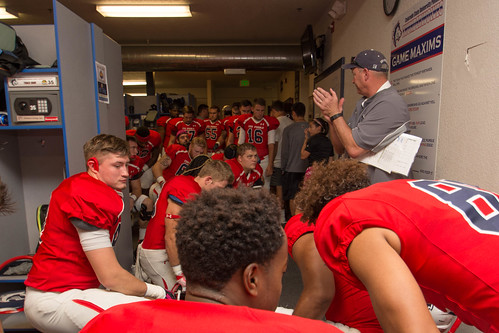 Coach Wristen talk to the team before taking the field 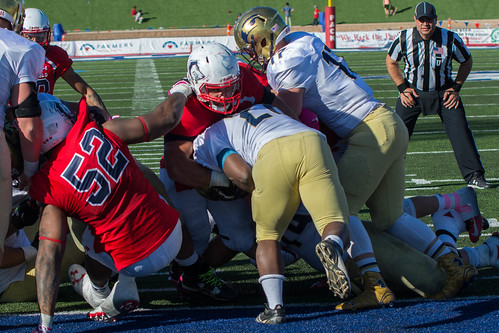 Brock Davies leads the way in stuffing the Fort Lewis runningback for a safety. 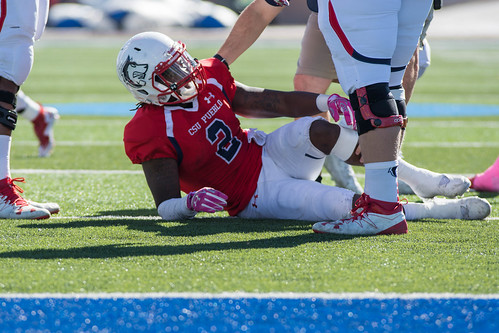 Bernard McDondle lays on the ground in pain afetr breakins his fibula. 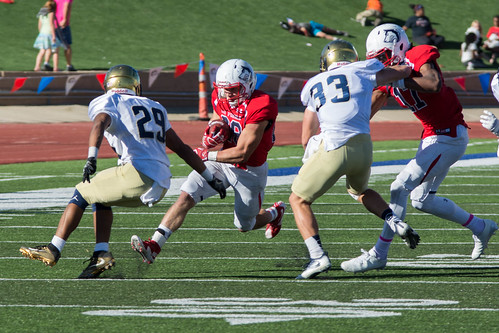 Austin Micci looks for room to run against Fort Lewis 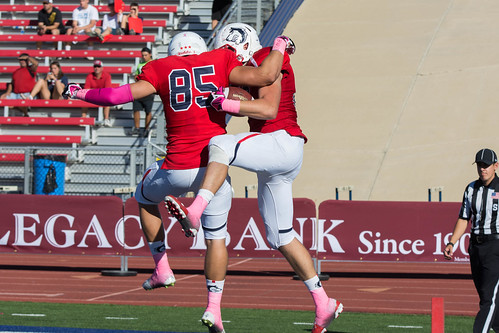