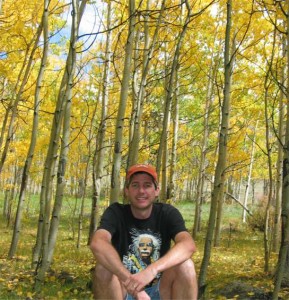 Following the departure of Rick Kreminski to the office of CSU-Pueblo Provost, the university has a new acting dean of the college of science and math.

Professor David Lehmpuhl, department chair for the chemistry department, will act as dean for the CSM until a permanent replacement is decided at the end of the summer.

For as long as he holds the office, Lehmpuhl most certainly has his work cut out for him.

“This semester is a matter of keeping my head above water,” Lehmpuhl said.

In addition to balancing faculty budgets, conducting evaluations, performing tenure and promotion reviews and keeping up with on-going research, Lehmpuhl still has to find time to develop challenging lesson plans for his students, just like any other CSU-Pueblo professor.

“I’m still teaching my load I had as chair which includes a brand new prep for a course that is half physics, half chemistry for elementary school teachers. It’s a lot of work since it has an integrated lab component to it, but I’m enjoying it very much,” Lehmpuhl said.

“I’m definitely not at a loss for things to do,” he said.

A lifelong science enthusiast, Lehmpuhl knew growing up that he wanted to study science.

For a man who is now so involved in the field, the deciding factor of his decision to study chemistry was a mere $100.

“The primary reason I’m a chemist today is due to a $100 scholarship from my high school. The scholarship was given to someone who was in AP chemistry in high school and who chose chemistry as a major in college. I thought, ‘What the heck, I can always change it if I want to,’” he said.

That simple $100 scholarship propelled Lehmpuhl into the chemistry department at the University of Colorado-Colorado Springs, where he would eventually graduate with his bachelor’s degree in chemistry.

“I don’t know who sponsored that scholarship, but they definitely got their money’s worth in my case,” Lehmpuhl said.

Throughout his undergraduate and post-graduate years, Lehmpuhl then harnessed a passion for teaching to rival his passion for science.

“I love teaching, I love seeing the light go on in the students eyes when they discover something or learn something new,” he said.

Lehmpuhl now seeks to translate that passion into the administrative aspect of collegiate academics.

“There are good points and bad points to both (administrating and teaching) and I like the challenges each one presents,” he said. “Administrating is sort of like teaching at the next level. Being able to help guide programs into doing the best job they possibly can while maintaining a good work and learning environment is a huge challenge, but can also be hugely rewarding.”

Although no significant changes are likely to be made in the CSM until the new dean is named at the end of summer, Lehmpuhl is certain to stay busy until that point.

“One of my main goals is to make sure the hiring process for new hires for fall goes as smoothly as possible and that we get the best instructors we can for our students. This is one of the most important things a dean does and can influence the tenor and direction that a program takes for many years in the future,” Lehmpuhl said.

“I’m proud to serve the university in my capacity as acting dean and look forward to doing all I can to enhance the education of our students,” he said.