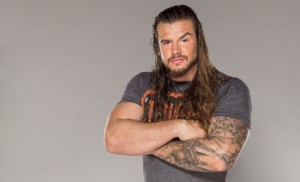 Colorado State University-Pueblo alumnus Joshua Bredl has proven to the fans and the World Wrestling Entertainment foundation that he deserves to be the next WWE superstar after being announced the winner of reality show Tough Enough Sept. 25.

After ten weeks of grueling workouts, strict dieting, and round the clock TV exposure, Bredl was named the winner of the reality show after he won 70 percent of the fan vote to beat the sixth and final male competitor, ZZ Loupe.

Less than nine months after winning a Division II national championship with the ThunderWolves, the former Pack player will now go on to receive a $250,000 contract as he begins his career in the WWE.

Nicknamed “The Yeti,” Bredl is 6 foot 8 inches tall and weighs in at 275 pounds.

Since the beginning of the competition that featured 14 total contestants, Bredl stood out as an early favorite.

After playing football throughout college and getting a shot in the NFL, Bredl exhibited great lateral movement and quickness, which is essential to putting on a good show in the ring.

Coupled with his body type and above average strength and endurance, Bredl showed throughout the first few weeks that he was going to last throughout the competition.

Soon after the start of the competition, Bredl had a following of thousands voting in and giving their best “Yeti calls” as he asked “Yeti Nation” to stand up and support him.

Thousands of friends, former teammates, teachers and coaches tweeted, texted and voted for Bredl during the final minutes of the shows finale. The end result was a staggering 70 percent majority in Bredl’s favor solidifying his emergence in the WWE world.

After a quick celebration it was a beeline backstage so Bredl could see his family. His two biggest supporters, his girlfriend Ilycia and their 3-year-old daughter Nayeli, greeted their superstar and gave their own yeti calls as the family was reunited after months apart.