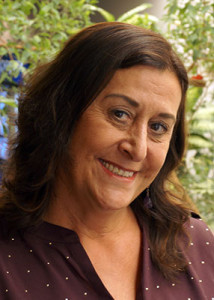 Gula is new to Colorado but she is a veteran in the field of integrated communication.

She left a teaching job at Southern Connecticut State University to make a fresh start in Southern Colorado, in part to be closer to her children, who live in California.

Gula, who wanted to be an actress as long as she could remember, received her bachelor’s degree in communications and theatre at Southern Connecticut State. She went on to pursue her master’s at Ohio State University on a scholarship.

She received another scholarship to the University of Massachusetts Amherst, where she completed her doctorate in mass communication, opting to do her dissertation on advertising manipulation on children.

Her resume includes teaching experience at universities in Hawaii, Maine and California. She has traveled extensively, working with students from all over the world.  She is well versed in the subject of diversity and has the ability to bring a global perspective to her classes.

She recently spent four years in China, working as the program director of public relations and advertising in Zhuhai, before returning stateside to resume a teaching position in Connecticut.

“It was a time in my life – the kids were grown – so I said why not?” she said.  She took her dog, Makame, which she calls Maka for short, and embarked on an adventure in the Far East. Although she only intended to stay in China for one year, she ended up staying for four.

Gula vividly recalled the challenges of the first year, but once she set her sights on traveling, an affordable hobby, she quickly adapted to her new life.

She has a passion for animals, especially dogs, and adopted her Pekinese and Papillion mix, Omei, which means second sister, while she lived in China. Both of her dogs have Chinese passports and have traveled more extensively than their owner.

She said part of the reason she was able to acclimate to her new life was a companionsip with a South African teacher she recruited while in China. Together, they shared common ground as foreigners.

Gula said she is happy to be back in the U.S. and that living abroad has given her a new appreciation for conveniences she took for granted before.

A self-proclaimed gypsy at heart, Gula, who is from Hungarian decent, finds the Pueblo community to be inviting and friendly. Having spent most of her life on the East Coast, she said adjusting to the Colorado heat and altitude has been a challenge.

“I wish it would rain a little more,” she said, noting that she barely missed the recent rainy spell in Southern Colorado.

Gula said she is grateful to have the opportunity to share her extensive knowledge and experience with her students. She raised her two children, now 30 and 32, as a single parent since they were preteens, and has a true appreciation for the challenges that face the new generation of young college students.

One thing Gula said she won’t tolerate is laziness.

Gula’s own son struggled with addiction in his early 20s, but he turned his life around and has been clean and sober for six years. Now, he works as a rehab counselor in San Francisco. Her daughter is an actress in Los Angeles.

Gula’s office reflects her dynamic personality. The walls are decorated with bright colored artifacts that reflect her many travels and cultural encounters in China, Thailand, Macau and other places she visited.

Gula is also currently writing a book about her experiences in China. If students see her on campus, she recommends asking about the Thanksgiving turkey from Macau.