AFC/NFC Championship preview: A possible changing of the guard

On Sunday, the AFC and NFC Championship games will determine who is going to Super Bowl LIII.  The matchups will pit the New England Patriots against the Kansas City Chiefs in the AFC and the New Orleans Saints against the Los Angeles Rams in the NFC.  Both matchups will showcase electric offenses as the four remaining teams had the top four highest scoring offenses in the regular season.

Both showdowns, depending on the outcome, could represent a changing of the guard in the NFL among the most dominant teams.  Both the Patriots and Saints have been perennial playoff teams and are once again on the doorsteps of the Super Bowl. The Patriots have won 5 Super Bowls over the past two decades and have become the team to beat.

The Saints, though only winning one Super Bowl, have achieved consistent regular season dominance and quarterback Drew Brees has numerous NFL records to his name and many more that he is close to obtaining.  If there is a season for Drew Brees to win another Super Bowl, this is the time to win one.

Brees has the record for most games with a touchdown pass thrown at 54 games. This season, he broke the record for accuracy in a season by completing 74.4 percent of his passes.  He also has the career records for most passes completed and career passing yards. With 520 touchdowns, Brees is close to breaking the 539 career touchdown pass record held by Peyton Manning.

The Patriots and Chiefs game is a rematch from an earlier contest in the regular season that the Patriots won 43-40.  This season, the Chiefs ended a two-decade long home playoff losing streak with a win against the Colts and will be looking to make their first Super Bowl appearance since 1969.  The Patriots are looking to get back to the Super Bowl after losing to the Eagles in Super Bowl LII.

This game, if the Chiefs can pull off a victory, could potentially dethrone Tom Brady, Bill Belichick and the Patriots Dynasty.  Patrick Mahomes, the young Chiefs gunslinger, has emerged as one of the top up-and-coming quarterbacks in the NFL. He is a dual threat, who can hurt defenses with his unique arm and with his willingness to scramble.

Mahomes passed for over 5,000 yards only in his second season and threw 50 touchdowns along with 272 rushing yards.  The odds for this game are the Chiefs, favored by 3 points according to Forbes.

In the NFC, the Rams are a team that has many young and upcoming stars like running back Todd Gurley and quarterback Jared Goff.  This team was the last remaining undefeated team during the regular season at 8-0 only to be bested by the Saints 45-35. However, the Rams finished strong and earned a first round bye.

The Patriots and Saints may have beat their respective opponents in the regular season, but teams change throughout the season and rarely play the same during playoff rematches, especially in the playoffs. 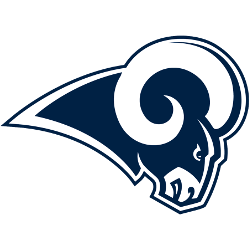 For example, after the New York Jets lost to the Patriots in the 2010 season, they ended up winning over the Patriots 28-21 in the divisional round.  Also, in 2007 the New York Giants beat the Dallas Cowboys in the postseason, despite losing to them them in their previous meetings that season.

The final four of this NFL season will definitely be memorable not only because of the teams, but because of what they could do for NFL history.